Different protocols can be implemented on the MCU, ranging from basic physical-layer-only ad-hoc communication to full-stack networking protocols. An example of such protocol is Dash-7. Dash7 is a specification for an ultra low power network stack, operating within the sub-GHz spectrum. The Dash7 Open Source Stack (OSS-7) can be flashed onto the EZR to turn it into a modem, accessible from the Raspberry Pi. On the Pi, one then could talk to this modem using pyd7a a collection of Python modules, supporting the DASH7 Alliance Protocol in general, and OSS-7 in particular..

Having been working in the IoT space for almost three years now and being in love with creating new embedded devices for about two more years, I’ve already witnessed an incredible evolution. Every thing is becoming connected, making the WiFi space more and more crowded.

At certain locations the amount of wireless communication in the gigahertz range causes the network to become unreliable and even unusable for critical applications. People are looking at different solutions to get around this rising issue, looking for new backbones for the ever increasing need for wireless communication.

As I’ve learned over the past years, the sub-GHz range of wireless communication might be a solution. While “classic” usage wants faster networks, for which people are looking at e,g, 5GHz, and beyond - 24GHz anyone? 60? - a great deal of applications don’t require the vast amounts of data to be transmitted and rather require small amounts of data to be communicated. Certainly in the IoT space, where the users are small devices with hardly video-streaming or other heavy downloading needs, looking at a slower, but possibly more reliable network might be a good solution to overcome the over-crowding of the human space.

Sub-GHz network protocols, like Dash7, Z-Wave, SigFox, LoRaWAN,… offer lower data rates, but offer much longer range communication at a much lower energy cost. So besides not competing for space in the 2.4 or 5 GHz frequency range, they come with additional bonus value.

Currently several break-out boards are popping up on the market, offering access to many of the mentioned networks. Still in its infancy, they all come with pros and cons, but most of the time all require an environment specific to their implementation in one way or the other. And although developing a network stack is surely not for the faint-of-heart, the underlying basics are doable even for enthousiasts.

The EZR32 by Silicon Labs is a microcontroller with a sub-GHz transceiver in a single package. It has everything on board to start talking and listening in this sub-GHz space.

With this project I want to create a generic solution to bring the sub-GHz range to Raspberry Pi, without focussing on one specific network stack.

With the EZR32 operating as a modem to the Raspberry Pi, the complexity of the network stack can be hidden on the EZR, while using the network can be as simple as send "hello world" or listen on 100.9MHz.

Although this project is indifferent about network-technology, two demo implementations will be provided: the Dash7 Open Source Stack provides out-of-the box functionality to make the EZR32 operate as a modem, accessible through an AT-command set.

On the other hand, I want to implement a minimal and ultra-basic network “stack” to illustrate what is really needed to be able to make devices talk.

On Thursday March 30, I was able to assemble the first EZRPi.

The design includes a standard 868MHz setup of the EZR32 and two LEDs for minimal debugging/feedback.

The board is a 2-layer PCB based on the official Raspberry Pi HAT board specification.

The schematic is a verbatim implementation of what could be called a reference design, except for the fact that you have to bring together information from several resources.

A board layout with RF signals is not your average PCB and requires some special care. Basically you really need to apply some best practices, that otherwise you could get away with. (With RF signals you can get away with it also, but you’ll loose performance and in RF terminology that means distance, and distance is what you’ll probably want ;-))

Some excellent general information on designing RF and Mixed signal boards can be found in Maxim’s tutorial 5100.

A few rules and their application I learned and applied:

Try to keep traces as short as possible, or at least make sure they’re highways.

The traces going to the antenna are important. Their impedance needs to be (as close as possible to) 50Ω. Practically, this is needed for the last part, from the last inductor/capacitor on the right to the SMA connector itself.

To control the impedance, we need to calculate the width of the trace. There are some nice online calculators that help. Because I’ve added an additional top-layer ground plane around the antenna area, I’ve created a so called Coplanar Waveguide. In this case this allowed for a smaller trace width, which was needed because of the limited space between the GND pins of the SMA connector. Using one of the available online calculators, I was able to limit the width of the trace to 1.1mm, resulting in a 50,06Ω trace.

Hand-Soldering the First Board

I did some hand-soldering of SMD components before, but this design included another challenge: the QFN64 package. I found the following great video, showing how to do it.

Something I didn’t expect was that on my first go, it would actually work out so well. Including the snapping back ;-)

Having ordered an incorrect blue LED, I also had to solder a 0603 package. But that and a 0402 packaged inductor both also went smooth.

To test the first assembled EZRPi, I implemented the mother of all programs, the embedded hello world counterpart: blink using the standard Gecko SDK.

I hooked up the EZRPi to my desktop power supply and turned it on. At first things looked optimistic, J-Link detected the MCU, great!

But when I tried to upload an image or tried to erase the device. I just got errors.

When after a few hours of digging around the Google indexes, I was about to give up. Since there were no shorts, I decided to mount it on an actual Raspberry Pi and give see what it looked like once, before starting soldering a second one. For fun I decided to try and program it once more… and behold… Everything went smooth as a baby.

In hindsight I think that only hooking up one of the 8 Ground pins of the Raspberry Pi header, wasn’t enough to give it a stable GND during programming. 99% of the time it’s a GND problem!

And so, all of a sudden the EZRPi was alive…

As of Friday March 21, the Dash7 Open Source Stack includes a platform definition for the EZRPi - by yours truly ;-). This makes it super-easy to add Dash7 support to the Raspberry Pi.

The EZRPi has been tested alongside the EZR32LG_USB01 dongle and bidirectional communication was achieved!

If you choose the continuous_tx app and open up an SDR… you can see it in action. 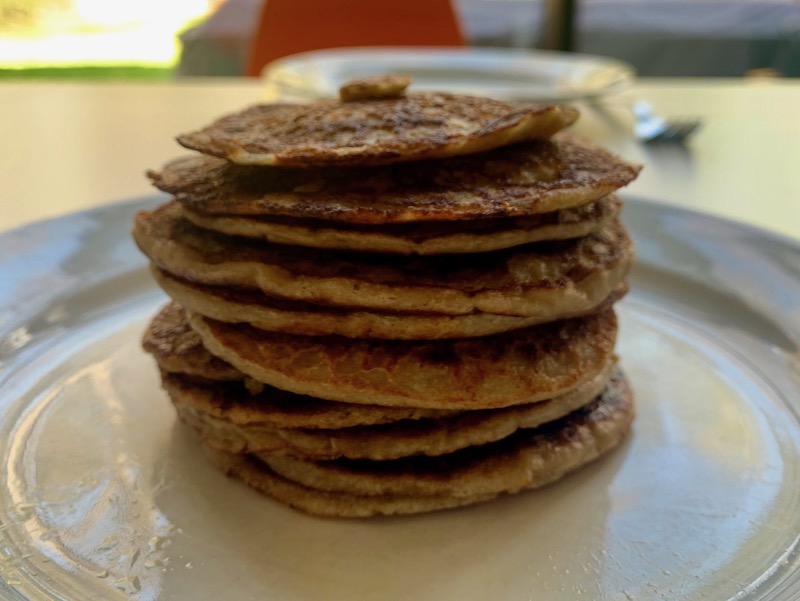 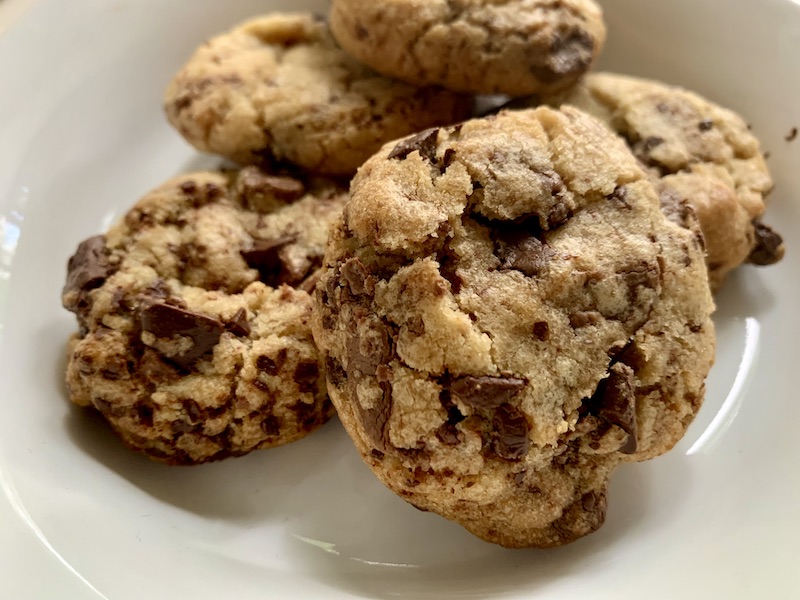 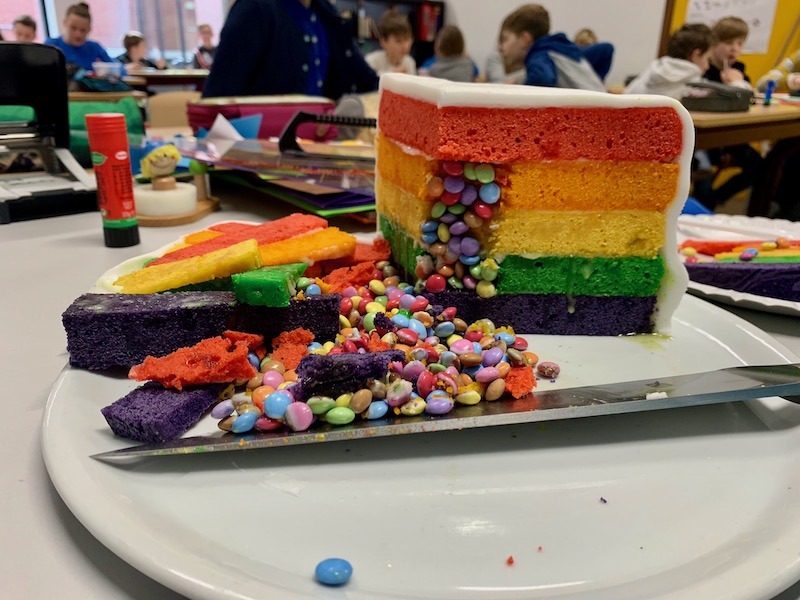