In 2015 I was contracted by a very large industrial/pharmaceutical company to design and implement a solution for their QA team to be able to inspect certain locations in their factory that were very hard to reach. The combination of a height restriction of about 12cm and the need to be able to carry a sensor on a rotating arm were challenging.

Using this solution, the QA process was reduced to a few hours, while before it could take them up to two whole days. The team was rewarded with a company-wide award for their innovative solution.

Most information on this robot can be found in a GitHub repository, containing the CAD files I drew to create additional laser-cut plates to assemble a mount on top of the chasis. The base files could be reused for other Rover 5 related projects.

Besides the custom mount to hold the battery packs and allow for mounting the central winch servo, to carry the inspection arm, the most notable feature are the omni-wheels. These wheels have hardly any lateral friction, which makes them very well suited for tank-like movement.

In combination with a multi-channel RC radio system the robot could be controlled in a very natural way, including the position of the arm, attached to the winch servo.

In 2018, a second robot was ordered to further support the growing need for inspection of new setups. Lessons learned from the first version were applied, which mostly resulted in a new bodywork, replacing the plexi cut parts by 3D printed parts for improved flexibility. The plexi cut parts were rather fragile and had to be replaced a few times. 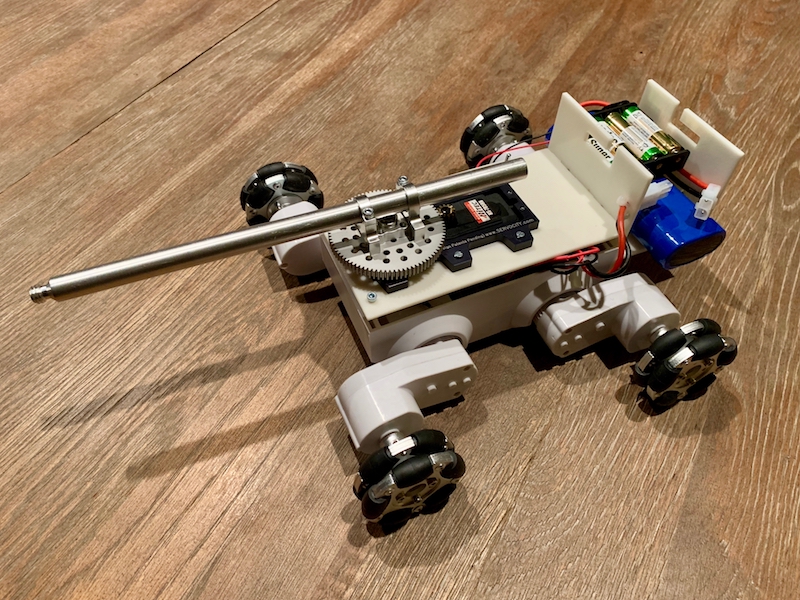 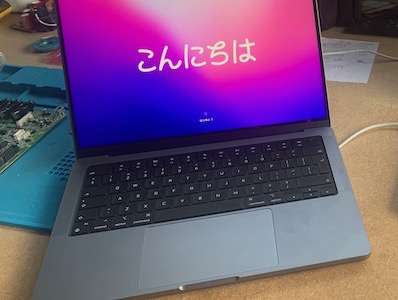